The June Assembly Meeting was called to order by Ayhan Yavrucu, the Deputy Chairman of the ICI Assembly. Yavrucu left the floor to İrfan Özhamaratlı, Vice Chairman of the ICI Board to share his views on the main agenda item. Reminding that the "Law on Restructuring of Certain Receivables" was put into effect in order to eliminate the economic stagnation experienced during the pandemic period and to enter the restructuring process of the public-private sector balance and to balance the economy, Özhamaratlı said, “With the restructuring law, we think that an opportunity has occurred in line with the expectations of our businesses, which are trying to heal the wounds of the pandemic and are experiencing widespread payment difficulties. A significant part of the new arrangement for us, industrialists, is the opportunity to reassess the company's immovable properties after a 17-year hiatus”.

Özhamaratlı finally underlined that after the inflation adjustments for 2003 and 2004, the revaluation could not be performed due to the absence of conditions required and continued: "This caused a great gap between the real market value and the company’s stated values. Particularly for the last 3 years, with the rising inflation, the revaluation demands of our industrialists have been increasing. It is because the melting of depreciable economic assets in the face of inflation resulted in the operating balances to not reflect the reality, and this caused a devaluation of the assets of our companies interested in outsourcing and borrowing. In addition, the fact high rates of profits, including inflation, in the sales of the said securities, constituted an important problem. The latest regulation has introduced the opportunity to increase the registered values of immovable assets such as land and estate in the company’s assets as well as the commercial assets subject to depreciation. Accordingly, as of June 9, 2021, taking into account the values in the legal book records, a revaluation can be made until December 31". 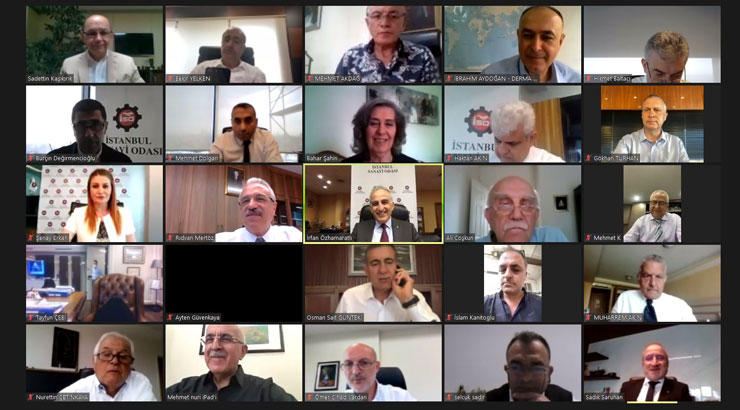 Emphasizing that the efforts and works of ICI also played a role in the structuring, Özhamaratlı added: “Before this restructuring, we presented our study we prepared with the participation of financial advisors and our opinions and suggestions on revaluation of immovables, tax base and tax increase, correction of records and restructuring of public receivables to our Ministry of Treasury and Finance, Revenue Administration and Chambers and Commodity Exchanges of Turkey. We have forwarded it to our union. These new regulations are gratifying as they demonstrate that our demands are taken into consideration under pandemic conditions and they substantially reflect our expectations.

“It is crucial to evaluate developments in this area together with experts and organizations that have regularly and closely followed the tax legislation in Turkey for many years and to take the necessary initiatives regarding the regulatory inadequacies.”

Stating that one of the important topics in the new regulation is the "tax base and tax increase" practice, Özhamaratlı said, "The base and tax increase essentially aims to eliminate risks related to the previous tax periods and increase the predictability in taxation. On the other hand, we see that the tax costs of retrospective tax inspections were reduced and a significant advantage was offered for beneficiaries in terms of opening a "new page" with the government”.

Emre Çelebiler (CPA), E&Y, Partner (Tax Department) provided information about the scope and areas of the Law on Restructuring of Certain Receivables. Çelebiler described the criteria under which the structuring of tax and tax penalties was done, which are not finalized or are in the process of filing, and explained how the structuring can be done in the transactions that are in the examination and assessment phase. He stated that 50 percent of the tax debt has been cleared in unfinished and ongoing lawsuits where reconciliation is expected yet, adding that interest and default interest rates have not been collected. Çelebiler explained that according to the final decision based on the final stage of the case the amount payable by the taxpayer is certain.

Sercan Bahadır, E&Y, Partner (Tax Department) - Customs and Foreign Trade Services Leader, briefed the Istanbul Chamber of Industry (ICI) on receivables stipulated by the customs law. Bahadır noted that in the previous configurations, the customs-related regulations were narrower, but that in the last two regulations the configuration was the same as the tax practices. Bahadır outlined the conditions for the restructuring of customs and tax receivables. Bahadır added that the additional taxes in the customs area have recently increased and added that this is why it is a more comprehensive configuration.

Hakkı Demirci E&Y, Partner (Tax Department) - Social Security and Labor Law Services Director, informed the ICI Board Members about the regulations regarding the Law on Restructuring of Certain Receivables. Explaining how the industrialists can benefit from the new SSI debt restructuring, Demirci underlined that there are advantages for payment in cash and in two installments. Demirci explained in detail how different debts will be structured and what advantages are available.

Sertaç Yazar (CPA), Partner (Tax Department) - Senior Manager gave a presentation on restructuring final tax receivables, increased tax base and taxation, business registration adjustment, revaluation and common provisions of the law. Yazar said that taxpayers are allowed to revalue their real estates, which are registered to their assets, as well as other economic assets, that are subject to depreciation, within the scope of the provisions in the new paragraph added, and according to the D-PPI (Domestic Producer Price Index) values provided that they comply with the terms and conditions of the Provisional Article 31 of the TPL (Tax Procedure Law) until December 31, 2021. “The declared amount would have to be calculated as 3% of the tax that should be paid during the declaration period while correcting business records. The law could be extended by the president for up to a month” said Yazar.